« Finally Cubana Chiefpriest Fires Back At Davido (See What He Said) | JustIn!! Petroleum Agency Sacked 34 So They Can Employ Buhariâ€™s Daughter »

Nigerian Government Kick Off Campaign Against US Visa Ban

A Federal Government team on Tuesday visited the U.S. state of Delaware to campaign against the recent immigrant visa restriction on Nigeria and seek development cooperation.

At separate meetings with top officials of the Delaware state government, the Nigerian delegation denounced the immigrant visa restriction on Nigeria by the administration of President Donald Trump.

Those visited were the Governor of the state, Mr John Carney; Mayor of the City of Wilmington, Mike Purzycki; President of the Wilmington City Council, Hanifa Shabazz, and some Delaware lawmakers.

Trump had cited Nigeriaâ€™s alleged noncompliance with U.S. information sharing and security protocols at airports as grounds for the policy, which came into effect on Feb. 21.

The policy has suffered condemnation from a section of the U.S. media and politicians, including Joe Neguse Neguse, a Colorado Democratic federal lawmaker.

Also Read: As Governor, I Used 22 Car Convoy Until I Found Out 13 Were Empty â€“ Peter Obi

Dabiri-Erewa said Nigeria ought not to be in the list, citing the enormous contributions of its nationals to the development of the U.S. economy, a fact acknowledged by her hosts.

She rallied the support of the governor, the Wilmington mayor and council president, and the lawmakers for the ban to be lifted. 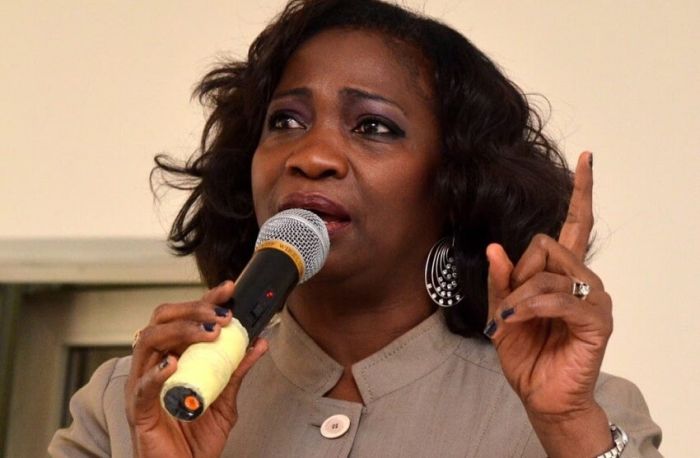 The NIDCOM CEO said that the information-sharing and security gaps cited by Trump were already being addressed, adding that Nigeria had started capturing the biometrics of passengers arriving in the country at points of entry.

On development, the NIDCOM boss said that Nigeria and Delaware had a lot to gain from economic and educational cooperation as well as cultural exchange, among others.

She told the Nigerian community present, that government had initiated policies and programmes to harness their huge potentials for national development.

Also speaking, Akande-Sadipe said that NIDCOM in collaboration with the House Committee were out to change the bad narrative about Nigeria and build bridges of cooperation.

â€œWhen we build bridges it leads to development and at the end of the day the narrative changes.

â€œNigeria as a nation is not what people see on TV or what they have read on social media. Nigeria is a nation of progressive people who are there to add value,â€™â€™

Both officials invited their hosts to the 2020 edition of the Door of Return programme scheduled to hold in Badagry, Lagos, from Oct. 21 to 25.

In separate reactions, the Delaware officials welcomed the idea of economic cooperation and cultural exchange with Nigeria.

They lauded the contributions of the Nigerian community to the development of the state.