« You Talk Too Much — Uzodinma Slams At Wike | Appeal Court Rules In Favour Of Ifeanyi Ubah, Returns Him As Senator »

Sensational singer, Brymo has finally unveiled the tracklist of his forthcoming album “Yellow” which is billed to drop next month.

Brymo has shared another piece of the puzzle for his “Yellow” album after releasing the artwork of the project a few days ago.

With the highly anticipated album due out on the 1st of April, the singer revealed its tracklist via Instagram. Brymo shared the tracklist which consists of three parts with a total of 17 tracks. 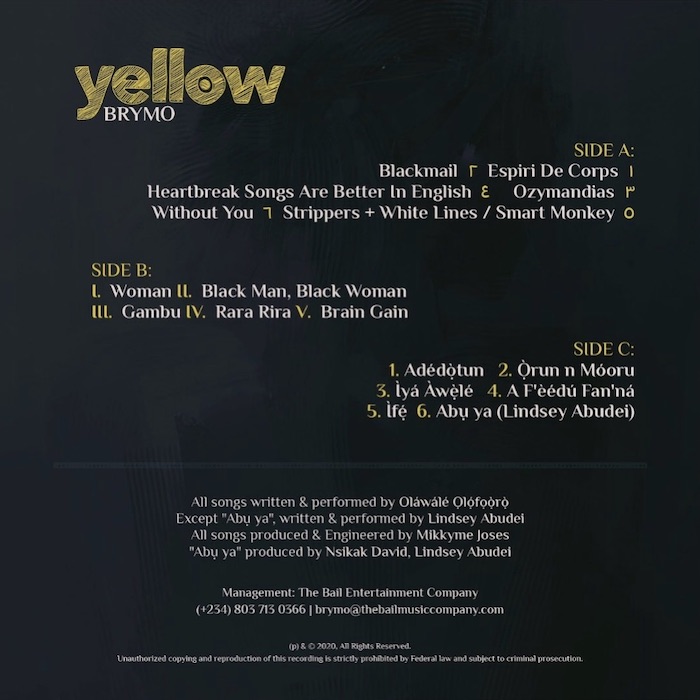