A woman has thrown residents of Ogo-Oluwa in Osun State into shock after jumping into Osun River in Osogbo.

An eyewitness, Abdul-Wasiu Ismail, told Global Times that the woman, when asked, said her reason for jumping into the river is as a result of hunger as the state goes on total lockdown.

She, however, was rescued by some good samaritans in the area.

Ismail also disclosed to Global Times that she also said that she has three children whom she said she could not cater for because she is financially handicapped.

She revealed that her husband stays in Lagos adding that they have separated about thirteen years ago.

Present at the scene of the incident were the chairperson of Osogbo West Osogbo Local Council Development Area, Alhaja Temilade and the state Special Adviser on Public Health, Mr Siji Olamiju.

It was learnt that she has been taken to the hospital for treatment.

Recall that The state governor, Mr. Gboyega Oyetola, had on Sunday announced that the state would go on total lockdown after two cases of coronavirus were reported in the state.

Banks and other business outlets were closed for business as residents stayed at home, while only those on essential services and pharmaceutical outlets were seen carrying out their operations. 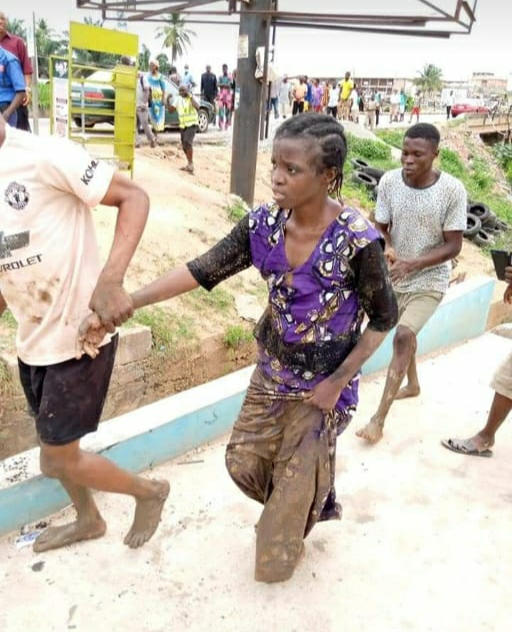 The Nigeria Centre for Disease Control (NCDC) on Wednesday, April 1, confirmed nine new infections in Osun, bringing total number in the state to 14.